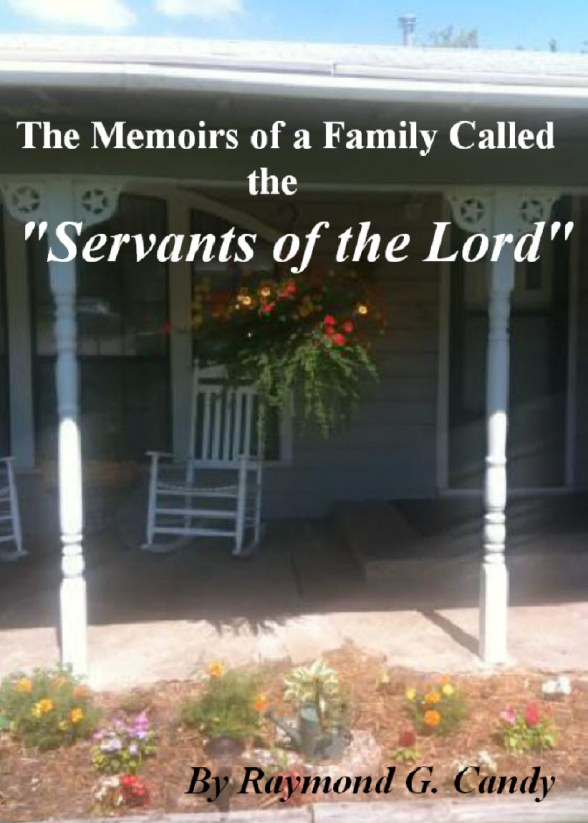 As time went by, I began to think about that article less and less, but God was orchestrating all of the things in my life that would bring me to a crossroads, a turning point, and a decision from which there could be no turning back.

I had just gone to bed, and for some reason on that particular night I remember being extremely tired and discouraged, as if I had hit rock bottom and didn’t know why.

It wasn’t long until I was in a deep sleep and began to have a dream, or a vision, or whatever else you might want to call it. All I know is that it was as real to me as the bed that I was lying on.

I was walking down a typical neighborhood street. It was a beautiful, sunny spring-like day. I could feel the warmth of the sun on my face, I could hear the birds singing, and there was not a cloud in the sky. I could even hear what sounded like music coming from radios through the opened windows of the houses as I walked by.

Then suddenly, it began to slightly rain, like sprinkles on a sunny day. However, as the raindrops hit my arm, they burned my skin like acid.

I started rubbing the spots on my arm where the raindrops had landed, thinking “What in the world is going on?” when all of a sudden there was a rumbling noise louder than thunder, and a portion of the blue sky in front of me began to open and peel back from top to bottom, like a two handle scroll when it is opened up.

There stood Jesus, radiant in white, with the expanse behind Him in the opening pitch black. And in a mild, loving voice, He said, “Accept me or reject me now. This is your last chance.”

I fell to my knees and said, “Lord, I accept you. What must I do?”  He said, “Get your family, find a boat, and sit in it.” Then the opening rolled back together, and the sky was blue and clear as before.

I started to run home as fast as I could, and as I ran, I could hear the radios through the windows of the houses. The announcer was saying that there was a problem with a cloud of acid rain, there was a mass hysteria, and that some people had said that they had seen Jesus; but not to worry, everything was alright and under control.

I ran into my house, got my wife and daughter by the hands, and said “Hurry, come with me.”

We ran down the sidewalk, looking in between the houses, trying to find a boat that someone had parked there. We finally found one, crawled up inside it, and sat down.

As soon as we had sat down, it began to pour down rain. As the water fell upon us, we started to get drenched, soaked; but as the rain touched the ground and houses around us, everything began to burst into flames and be consumed by the fire.

I started to feel the heat, when suddenly; I awoke drenched in sweat and out of breath. As I lay there panting, it seemed a small voice spoke in my ear, “Go back to sleep, it was just a dream.”

I lay there and thought, “What if it wasn’t just a dream? What if this really is my last chance?”

I crawled slowly out of the bed, so as not to wake up my wife, and knelt down on my knees. I didn’t know how to pray, so I just began to say what I felt from the bottom of my heart.

“Dear God”, I began, “I’m sorry for the way I’ve lived my life. I believe that this dream was from you, and that this really is my last chance. I accept you now, and I want to change my life and live for you. But, I don’t want this to be a game or something that I just try for a while; so no matter what it takes, or what it costs me, or what I have to give up- I’m going to live for you with all my heart, and do whatever you tell me to do, and never go back. Amen.”

When I said “Amen”, it was as if someone had hit me with the proverbial “two-by-four”.

A presence, a power came over me, and as I crawled back into bed, there was a peace and happiness inside of me that I had not known in a long time.

And something else, which I had never felt before: clean, from the inside out.

I knew beyond a shadow of a doubt, that I had just been saved.

$6.99 at barnesandnoble.com for the Nook, amazon.com for the Kindle, and the iBookstore on iTunes for the iPad

One thought on ““The Servants of the Lord” Part 4: “I Will Come to Visions and Revelations…””

Follow As Seen Through the Eyes of Faith on WordPress.com