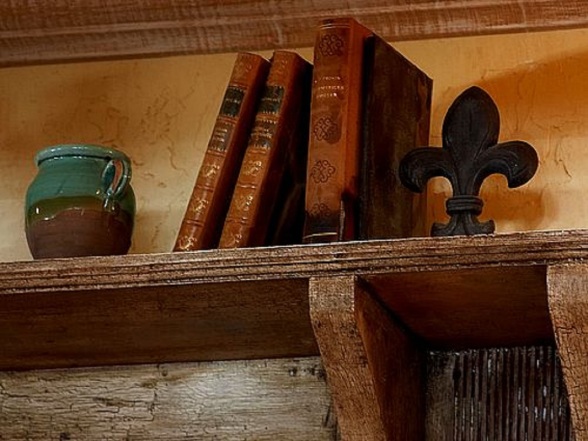 “For there are three that bear record in heaven, the Father, the Word, and the Holy Ghost: and these three are one.”  (1John 5:7)

Over the years a lot of Christians have expressed their difficulty in understanding and comprehending the concept of this Scripture. That is why we have two basic doctrines regarding the Father, the Son, and the Holy Ghost.

One of these doctrines is called the “Doctrine of the Trinity” and the other is called “The Oneness Doctrine.”

We are going to look at a demonstration the Lord gave me entitled “The Truth of the Triune Godhead” which will help us to understand this concept concerning God.

Many times in Scripture water is symbolic of God.

Jesus Himself said, “Out of your belly shall flow rivers of living water.” And the Bible goes on to say, “This spake He of the Spirit.” (John 7:38)

For the purpose of our illustration, we are imagining a pitcher filled to the brim with water labeled “God”. This is the fullness of God. This is all there is. There is no other God. There never has been nor shall there ever be any other. This is all the “God” there is.

The Bible says in Deuteronomy chapter six and verse four,

However God has chosen to manifest Himself in three distinct personages. One of these is the Son, so imagine pouring water from the pitcher into a glass labeled “The Son”, filling it about one third full.

A second personage is the Father, so we will imagine pouring water again from the pitcher labeled “God” into a second glass labeled “The Father”, filling it about one third full.

The third personage is the Holy Ghost, so we will pour again from the water in the pitcher labeled “God” into a third glass labeled “The Holy Ghost”, filling it also about one third full.

The water remaining in the pitcher labeled “God” represents the omnipresent (meaning present everywhere at once) God, as the Bible says,

“For in him we live, and move, and have our being; as certain also of your own poets have said, For we are also his offspring.” (Acts 17:28)

The water that we have poured from the pitcher labeled “God” into the three glasses labeled “The Father, The Son, and The Holy Ghost” represent God manifested in His three personages.

By looking at the water remaining in the pitcher and these three glasses of water, we can better understand the verse we began with in First John,

“For there are three that bear record in heaven, the Father, the Word, and the Holy Ghost: and these three are one.” (1John 5:7)

As a matter of fact, with these three glasses of water we can now demonstrate many of the Scriptures that seem confusing concerning the Triune God or what many call The Trinity.

In the Book of Genesis, the first chapter and the third chapter, God refers to Himself as “us”,

“And God said; Let us make man in our image, after our likeness: and let them have dominion over the fish of the sea, and over the fowl of the air, and over the cattle, and over all the earth, and over every creeping thing that creepeth upon the earth.” (Gen. 1:26)

“And the LORD God said, Behold, the man is become as one of us, to know good and evil: and now, lest he put forth his hand, and take also of the tree of life, and eat, and live forever:” (Gen. 3:22)

As we can see by the water that was labeled “God” now poured into three glasses labeled “Father”, “Son”, and “Holy Ghost” we have us. This is the “us” that God referred to in the Old Testament.

God has chosen to manifest Himself to man through the Son. The book of Colossians chapter one verses 15 through 17 tells us,

“Who (Christ) is the image of the invisible God, the firstborn of every creature: For by him were all things created, that are in heaven, and that are in earth, visible and invisible, whether they be thrones, or dominions, or principalities, or powers: all things were created by him, and for him: And he is before all things, and by him all things consist.” (Col 1:15-17)

Jesus Christ created all things. He is the creator. God has manifested Himself to us through the Son. He is the pre-incarnate Christ that sat with Abraham in the door of the tent. He is the One that was in the cloud and in the pillar of fire that led the children of Israel in the wilderness.

When John the Baptist came walking and saw Jesus, he said,

“And I knew him not: but he that sent me to baptize with water, the same said unto me, Upon whom thou shalt see the Spirit descending, and remaining on him, the same is he which baptizeth with the Holy Ghost. And I saw, and bare record that this is the Son of God.” (John 1:33-34)

Jesus spoke in another place and said,

“Believest thou not that I am in the Father, and the Father in me? The words that I speak unto you I speak not of myself: but the Father that dwelleth in me, he doeth the works.” (John 14:10)

This is why the Bible can then say that Jesus was the fullness of the Godhead bodily.

“For in him (Christ) dwelleth all the fullness of the Godhead bodily. And ye are complete in him, which is the head of all principality and power:” (Col. 2:9-10)

The three personages of God, in one place, in one vessel, at the same time.

The Bible goes on to say that God was in Christ reconciling the world onto Himself.

“To wit, that God was in Christ, reconciling the world unto himself, not imputing their trespasses unto them; and hath committed unto us the word of reconciliation.” (2Cor. 5:19)

However, when Jesus went to the cross of Calvary the miraculous plan of God had to come to pass. There was a mystery of God that was held secret since the beginning of time and this is where God gained victory over the devil.

When Jesus went to the cross, the Bible tells us

The Bible teaches us in the Old Testament that the Heavenly Father cannot fellowship sin. So when Jesus bore our sins on the tree, God the Father had to leave Him.

“And at the ninth hour Jesus cried with a loud voice, saying, Eloi, Eloi, lama sabachthani? which is, being interpreted, My God, my God, why hast thou forsaken me?” (Mark 15:34)

The Father has forsaken the Son.

Hebrews chapter one also tells us,

“Who (Christ) being the brightness of his glory, and the express image of his person, and upholding all things by the word of his power, when he had by himself purged our sins, sat down on the right hand of the Majesty on high;” (Heb. 1:3)

The Bible teaches us that Jesus, as the Son of Man and the Son of God, had to make the atonement for our sins by Himself. So the Holy Ghost had to leave also.

Satan thought he had won a great victory.

Jesus had told the parable of a certain householder who planted a vineyard, hedged it in, and let it out to husbandmen. When the time of the fruit drew near, he sent his servants to receive his portion.

The husbandmen decided to kill the servants and keep all the harvest for themselves. After sending other servants whom the husbandmen also killed, the householder decided to send his only son.

He said to himself, “Surely they will reverence my son.”

However, the Bible tells us in Matthew chapter 21,

“But when the husbandmen saw the son, they said among themselves, This is the heir; come, let us kill him, and let us seize on his inheritance. And they caught him, and cast him out of the vineyard, and slew him.” (Matt. 21:38-39)

As in the parable, Satan thought he could kill the Son and gain the inheritance.

“But we speak the wisdom of God in a mystery, even the hidden wisdom, which God ordained before the world unto our glory: Which none of the princes of this world knew: for had they known it, they would not have crucified the Lord of glory.” (1Cor. 2:7-8)

Satan knew he could not defeat the Father, but now that the Son was separated from the Father and the Holy Ghost, he thought “Surely I can beat the Son.”

What Satan did not understand was that although Jesus was the Son and all alone on the cross, separated for the first time ever from the Father and the Holy Ghost, He was still God.

I can imagine Satan standing and bragging about his victory over the Son of God to all of those who were held captive in the lower parts of the earth, when suddenly Jesus appeared and took away the keys of death and hell. (Rev. 1:18)

“And having spoiled principalities and powers, he made a shew of them openly, triumphing over them in it.” (Col. 2:15)

The Bible goes on to teach us that Jesus not only took away the keys of death and hell, but He also stripped Satan of all his power.

“Forasmuch then as the children are partakers of flesh and blood, he (Jesus) also himself likewise took part of the same; that through death he might destroy him that had the power of death, that is, the devil;” (Heb. 2:14)

The only power Satan has now over the Christian is what the child of God gives him.

Jesus said before his crucifixion,“And I will pray the Father, and he shall give you another Comforter, that he may abide with you forever;” (John 14:16)

Jesus went back to the Father, sat down at the Father’s right hand, and prayed for Him to send back the Holy Ghost who now has come to indwell us and rest upon us.

This is the truth of the Triune Godhead.

Available online for $4.99 at bn.com for the NOOK, at amazon.com for the KINDLE, at the iBookstore on iTunes for the iPAD, and at Lulu.com for the PC and all other e-book reading devices

Follow As Seen Through the Eyes of Faith on WordPress.com